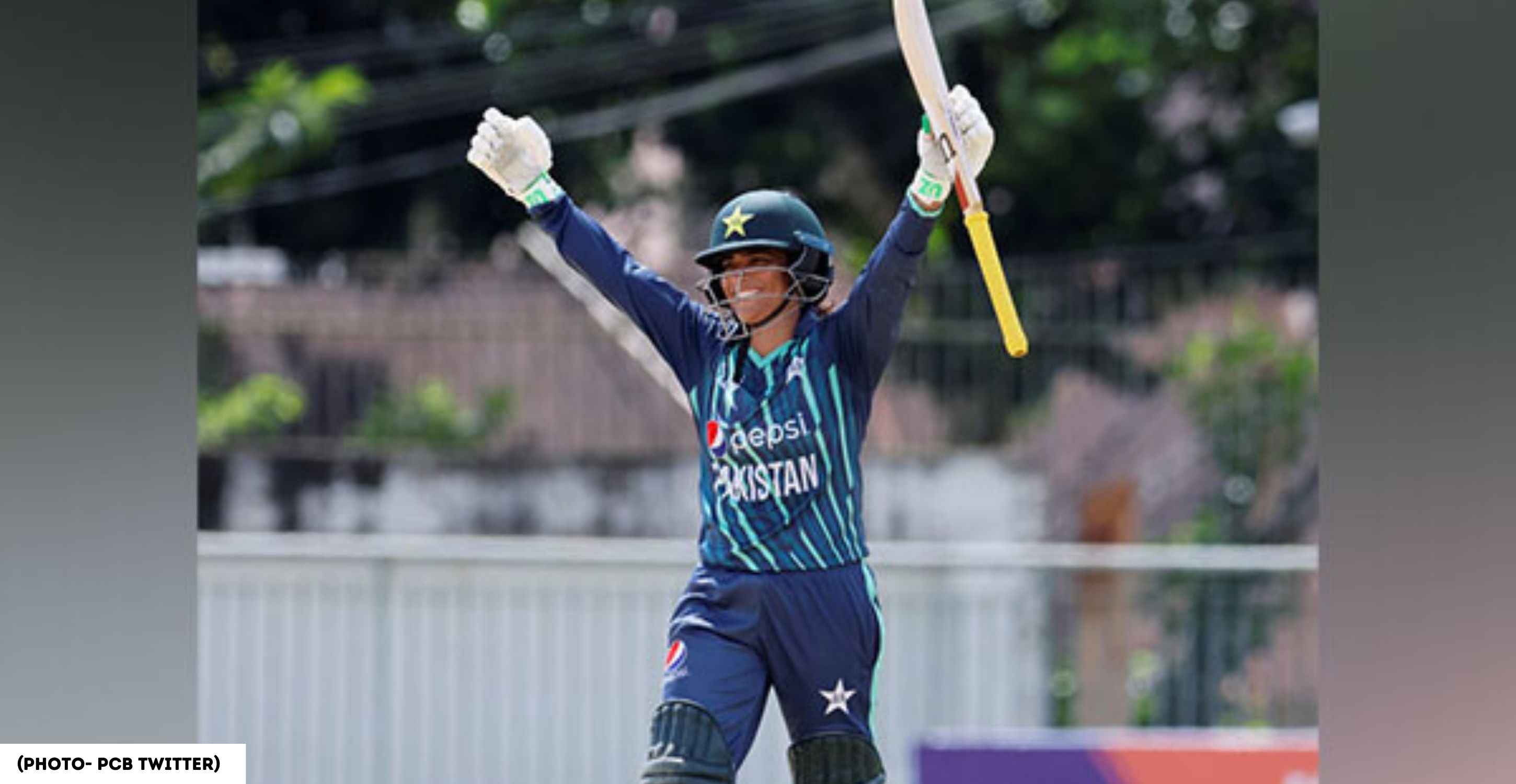 Tight bowling from Pakistan helped the side clinch another dominant nine-wicket win over Bangladesh during their Women's Asia Cup 2022 match at Sylhet on Monday.

In the first innings, Bangladesh was restricted to 70/8 in their 20 overs, with Salma Khatun (24*) hitting most of her team's runs. Pacer Diana Baig (2/11) was the pick of the bowlers for Pakistan. Pakistan chased down 71 comfortably, with Sidra Ameen top-scoring with 36* off 35 balls.

Chasing 71, Pakistan was off to a good start as openers Muneeba Ali and Sidra helped Pakistan reach 40/0 in six overs at the end of powerplay, with Muneeba (11*), Sidra (26*).

Khatun (1/27) managed to get the solitary wicket of Pakistan's inning, dismissing Muneeba for 14 off 19 balls. Sidra and captain Bismah Maroof (12*) guided Pakistan to a comfortable nine-wicket win in 12.2 overs.

Earlier, put to bat first by Pakistan, three top Bangladesh batters returned to the pavilion within a space of just three runs. Captain Nigar Sultana and Lata Mondal tried to stabilise the innings, but Nida Dar (2/19) trapped them for 17 and 12 respectively to reduce Bangladesh to 42/5.

Khatun (24*) was the only one left retaliating against Pakistan's brutal bowling attack. But she could not take her team to triple digits as Bangladesh was restricted to 70/8 in their 20 overs.