A half-century from Aaron Finch and his 69-run partnership with Matthew Wade helped Aus clinch a thrilling 3-wicket win over West Indies in the first T20I of two-match series. 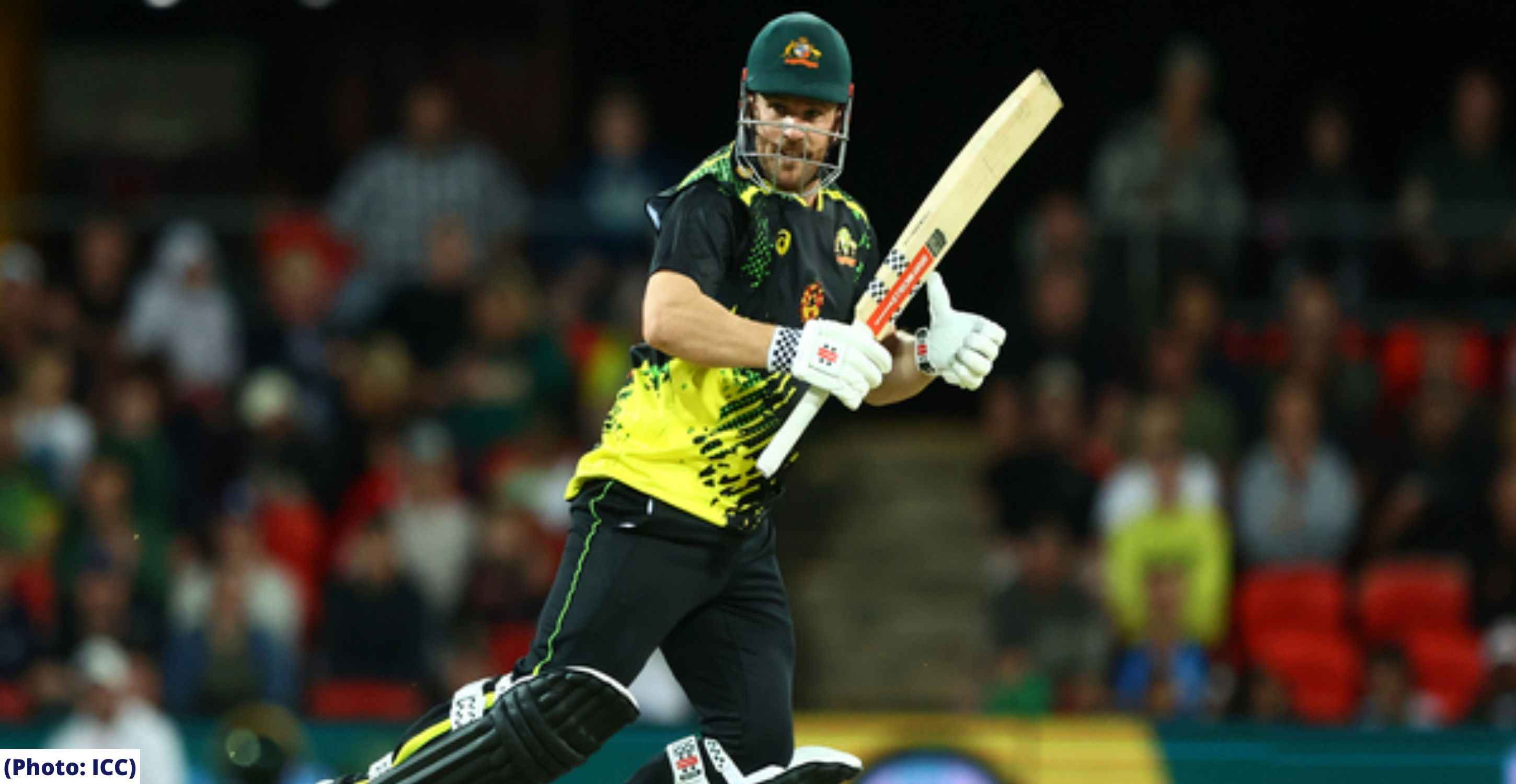 A half-century from Aaron Finch and his 69-run partnership with wicketkeeper-batter Matthew Wade helped Australia clinch a thrilling three-wicket win over West Indies in the first T20I of two-match series in Carrara on Wednesday.

With this victory, Australia has taken a 1-0 lead over WI in the two-match series. In the first innings, West Indies posted 145/9 in 20 overs, with Kyle Mayers (39) top-scoring for his side. Pacer Josh Hazlewood (3/35) put brakes on scoring by the visitors and did not allow any big partnerships to prosper. Chasing 146, Australia kept losing wickets at regular intervals, but Finch (58) and Matthew Wade (39*) helped the hosts get across the line, winning by three wickets.

Finch was joined by Wade. These two experienced batters kept the scoreboard ticking for a while. They helped Australia cross the 100-run mark. The duo stitched a 69-run stand before Finch was dismissed by Joseph for 58 off 53 balls. Jason Holder caught the batter at long-on. Australia was at 127/6 in 17.1 overs.

Pat Cummins was the next batter to go after Odean Smith dislodged his off-stump. Australia was at 133/7.

Starc (6*) and Wade (39*) then helped Australia reach the target with a ball to spare.

Joseph (2/17) was the pick of the bowlers for the West Indies. Cottrell (2/49) also took two key wickets that almost handed over Aussies a defeat. Holder, Yannic Cariah, and Smith got a wicket each too.

Earlier, put to bat first, West Indies lost opener Johnson Charles for just 3 after his stumps were castled by Hazlewood. WI was 14/1 at this point.

Kyle Mayers and Brandon King then started to rebuild the innings following this early hiccup. The 34-run stand between the two was broken when Hazlewood trapped King leg before wicket for 12 off 9 balls. WI was at 48/2.

Mayers was the next one to be dismissed after pacer Cummins uprooted his leg-stump when he was at 39 off 36 balls. WI was 3/66 in 9.1 overs.

Captain Nicholas Pooran (2) and Raymon Reifer (19) fell to Mitchell Starc and Green quickly and half of the West Indies lineup was back in the pavilion for 88 runs.

Holder and Powell helped West Indies cross the 100-run mark. Cummins and Hazlewood continued their good show with the ball, dismissing Holder (13) and Rovman Powell (7). West Indies was running out of recognized batters at 106/7.

Smith and Joseph swung their bat as much as they could before Joseph was dismissed for 7 by Starc after being caught by David at long-off.

An unfortunate run-out by Wade put an end to Smith's 17-ball stay at the crease, in which he accumulated 27 runs.

Finch won the 'Man of the Match award for his brilliant half-century. (ANI)