A half-century from Chatham helped Thailand win their first-ever victory against Pak in a shocker by 4 wickets in their Asia Cup match at Sylhet ICS on Thursday. 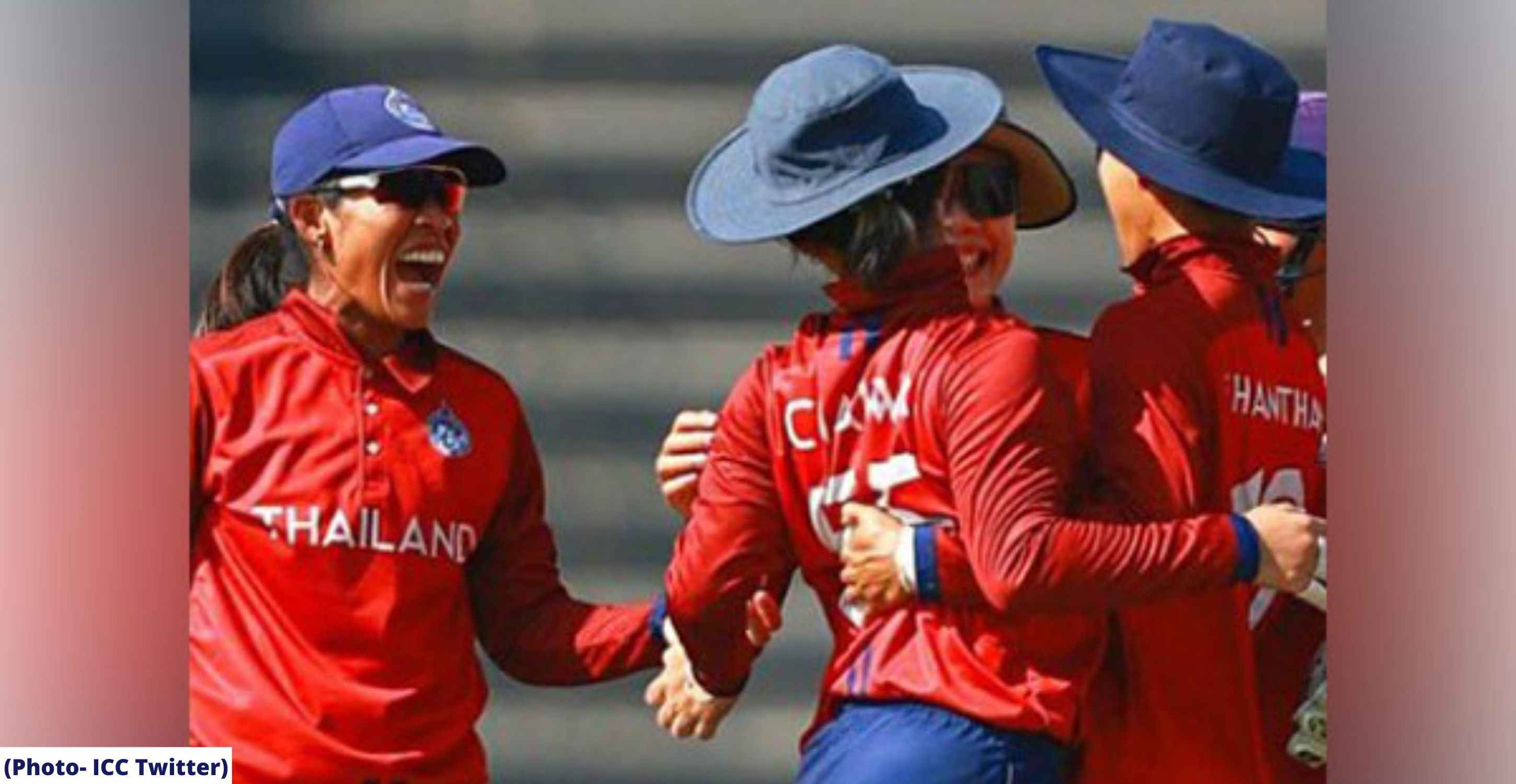 A half-century from Natthakan Chatham helped Thailand win their first-ever victory against Pakistan in a shocker by four wickets in their Asia Cup match at Sylhet International Cricket Stadium on Thursday.

In the first innings, Pakistan posted 116/5 in 20 overs. Sidra Ameen scored a brilliant half-century, scoring 56 off 64 balls. Sornnarin Tippoch took 2/20 in her quota of four overs. Other bowlers also bowled economical spells putting brakes on Pakistan's run flow. The target of 117 was chased down by Thailand with four wickets in their hand, thanks to 61 by Chatham.

Chasing 117, wicketkeeper-batter Nannapat Koncharoenkai and Chantham gave a solid start to Thailand, amassing 40 runs for the first wicket. However, twin strikes from the spinner (2/18) sent back Koncharoenkai (13) and Chanida Sutthiruang (0), reducing Thailand to 40/2.

Then, captain Naruemol Chaiwai joined Chantham to take the chase forward. The duo kept the scoreboard ticking for a while. Medium pacer Kainat Imtiaz broke the 42-run stand between the duo by sending back Chaiwai for 17 off 23 balls. Thailand was at 82/3.

At this point, Thailand needed 35 runs in 27 balls.

Following this, Chantham brought up her half-century and kept braving the fall of wickets from the other side. She fell to spinner Nida Dar for 61 off 51 balls. Thailand was 105/6 in 18.4 overs, needing 12 runs in eight balls.

Nattaya Boochatham (3*) and Rosenan Kanoh (9*) took Thailand across the finishing line, with a ball to spare and four wickets in hand.

Tuba Hassan (2/18), and Nida Dar (2/26) were the standout bowlers for Pakistan. Nashra Sandhu and Kainat Imtiaz took a wicket each.

Sidra Ameen and Nida Dar then kept the scoreboard going, stitching a stand of 41-runs before Nida was dismissed by Tippoch for just 12.

Ameen kept one end steady, bringing up her half-century. Ayesha Naseem was dismissed by Tippoch for 8 and the bowler got her second wicket of the match. Ameen was also run out in the final over.

Chantham was 'Man of the Match for 61 off 51, which won her team this historic match. (ANI)