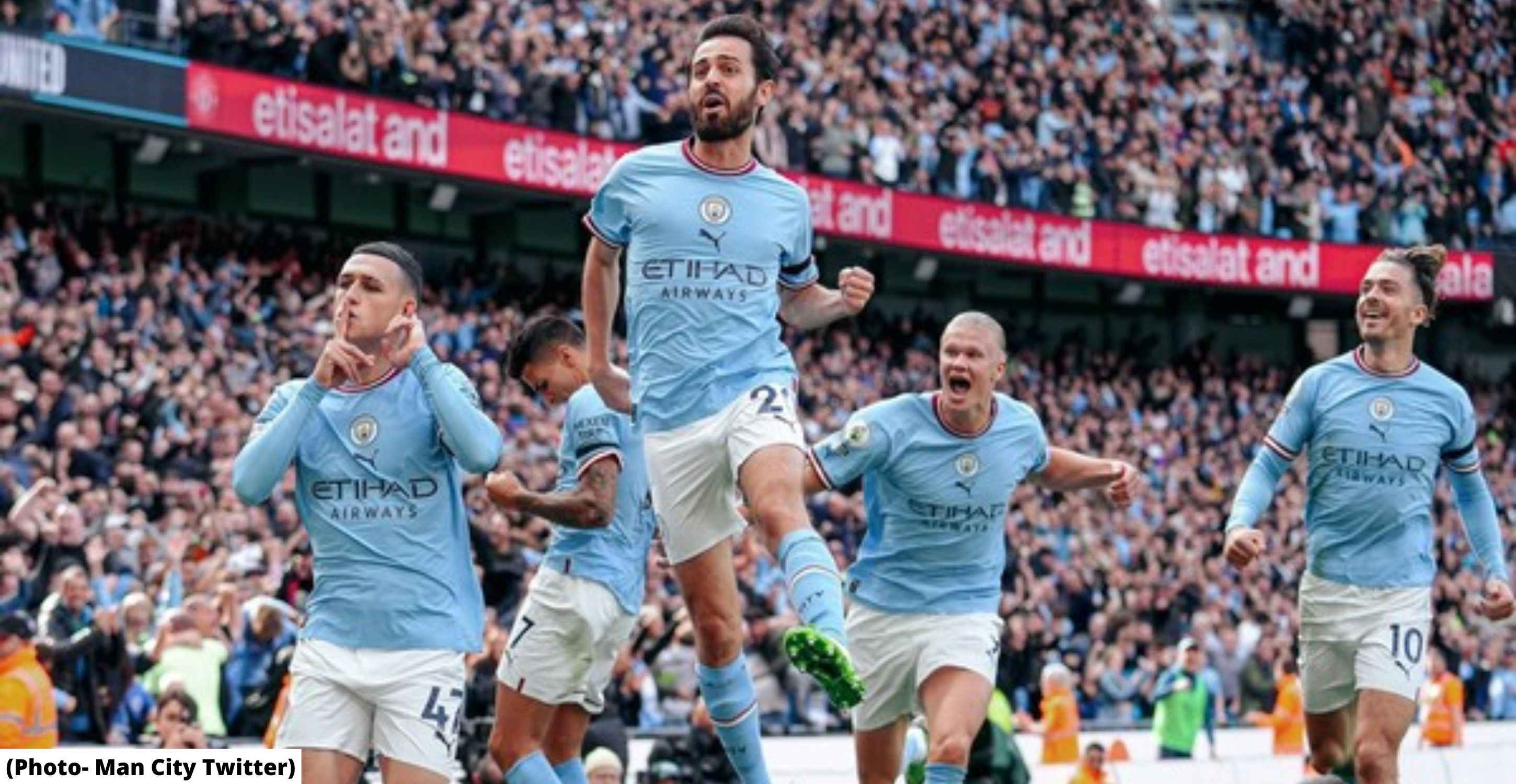 The City was dominant in the match from the get-go. Scott McTominay and David de Gea were able to keep Bernardo Silva and De Bruyne away on early few occasions. occasion But minutes later,  Foden capitalized on some loose marking from Christian Eriksen and gave the hosts an early advantage.

Foden's second strike came just a minute before half-time and Manchester United left the stadium with an awful first half, with very little hope for a comeback.

Antony opened United's goal tally with a brilliant goal in the 56th minute, scoring one from 25 yards. It seemed that there was still some hope for his team. But Foden and Haaland soon crashed the party, with Haaland scoring in the 64th minute and Foden scoring in the 72nd minute to complete their respective hat-tricks.

Down by 5-1 in the 72nd minute, United was completely down and out. Anthony Martial provided two late consolation goals in the 84th minute and one minute past the full time. It included a goal from a penalty after being tripped by Joao Cancelo, but they did nothing other than cutting the distance between two-arch rivals.

The day would be extremely memorable for Foden as he scored against United for the very first time and goals came in threes, taking his goal tally for the club to 51. Haaland also hit yet another hat-trick in the season.

Manchester United fans crashed down the earth after their side's four-match winning run.

United manager Erik ten Hag later said to Sky Sports that the club had a lack of belief.

"I am surprised why we didn't bring it on the pitch. It was four weeks ago, but I had seen a different team with a different spirit and a different vibe. Today, we were not convincing. From the first minute, we were not on the front foot and we were not brave in possession," he said.

"It is always difficult to find out why that is, especially straight after the game. I will have to talk to my players and find out. They know they can do better. You saw the performances against Arsenal and Liverpool but if you do not fight - which we did not- then you have a problem against a team like Manchester City," he concluded.

Man City boss Pep Guardiola said, "It was really good. We scored four goals in the first half and we could have scored more really. They played better in the second half and the last minute was flat, but it was a good game and everyone in the stadium was happy."

"In the first half we were aggressive and had the space, and the quality of players we had up front made the difference. Some players were not good today and have to improve. Perfection does not exist, it is impossible. But we have to try to look for it. We have done well today, but we can do better."

"Many, many players made sloppy passes and we lost it and this is not good. We have to be more consistent in our passes. In the final third you can have more creativity, you can take more risks, but in some areas, we were not good," he concluded.

After this loss, United is in the sixth position in the table with four wins in seven matches and 12 points. They will take on Everton on October 9.

The city is in the second position with 20 points and six wins in eight games. They will take on Southhampton on October 8. (ANI)