India kicked off their AFC U-17 Asian Cup 2023 Qualifiers campaign with a bang, defeating Maldives 5-0 at the Prince Saud Bin Jalawi Stadium in Al Khobar, in the early hours of Tuesday. 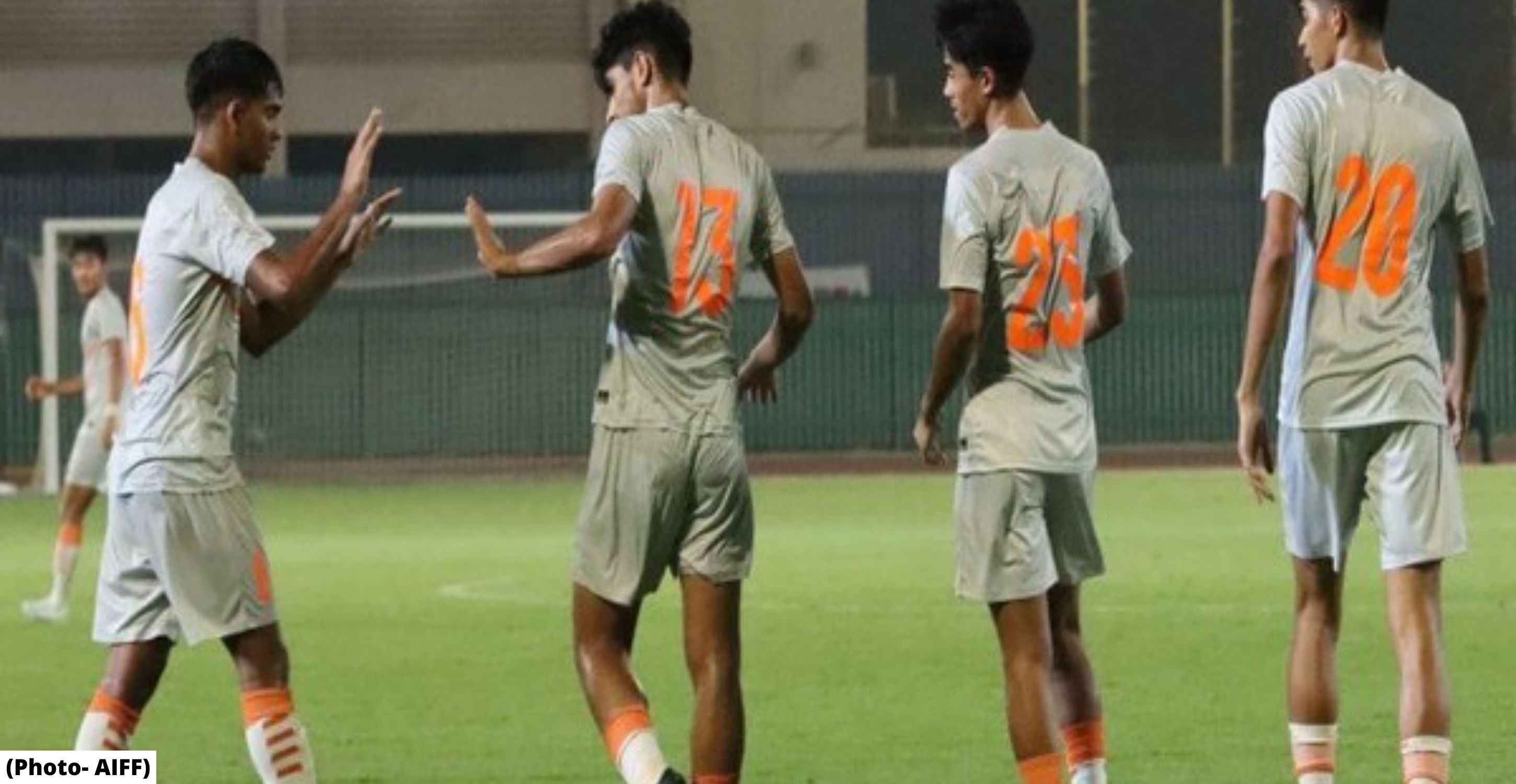 India kicked off their AFC U-17 Asian Cup 2023 Qualifiers campaign with a bang, defeating Maldives 5-0 at the Prince Saud Bin Jalawi Stadium in Al Khobar, in the early hours of Tuesday.

India got off on the front foot with Huzafah and Boby orchestrating attacks down the left flank. The Blue Colts came close to opening the scoring in the 9th minute, when a Vanlalpeka Guite corner from the left was almost turned in by Faizan. However, the ball went agonisingly close to the goal, travelling parallel to the goal line, before going out of play.

It did not take them too long to score the first though, as captain Guite ran on to a low cross from the right and slotted it home.

Fanai doubled the lead in the 24th minute, when he tried his luck from long range, as the ball took a deflection and sailed past the Maldives keeper.

The two goals put India firmly in the drivers' seat of the game, as a confident Guite orchestrated the attacks for the Blue Colts, often dropping down to the midfield to link up with the midfielders and wingers.

The India captain came close to making it three when he took charge of a free-kick close to the Maldives penalty box. From around 20 yards out, Guite had the keeper completely beaten, but the ball thudded off the woodwork.

India went into the breather with a two goal lead, but came out with more impetus after the break.

India were completely dominant in the second half, enjoying long bouts of possession, and it took them about 15 minutes to score again. Forward Aman got himself to the end of an elaborate team move and finished it off to make it three in India's favour just one minute ahead of the hour mark.

Eight minutes later, Huzafah Ahmad Dar was fouled inside the box, and the referee subsequently pointed to the spot. Boby Singh stepped up to the spot and slotted it home to make it four.

Minutes later, Phoenix Oinam put the finishing touches on the victory, as it fired it home from around 25 yards, sending the ball into the bottom corner of the goal.

As the clock wore on, Aman came close to making it six for India, as his shot from outside the box ricocheted off the cross-bar and went out of play. With the match coming to an end, India started off their campaign with a win, and now moves to third on the Group D table. (ANI)