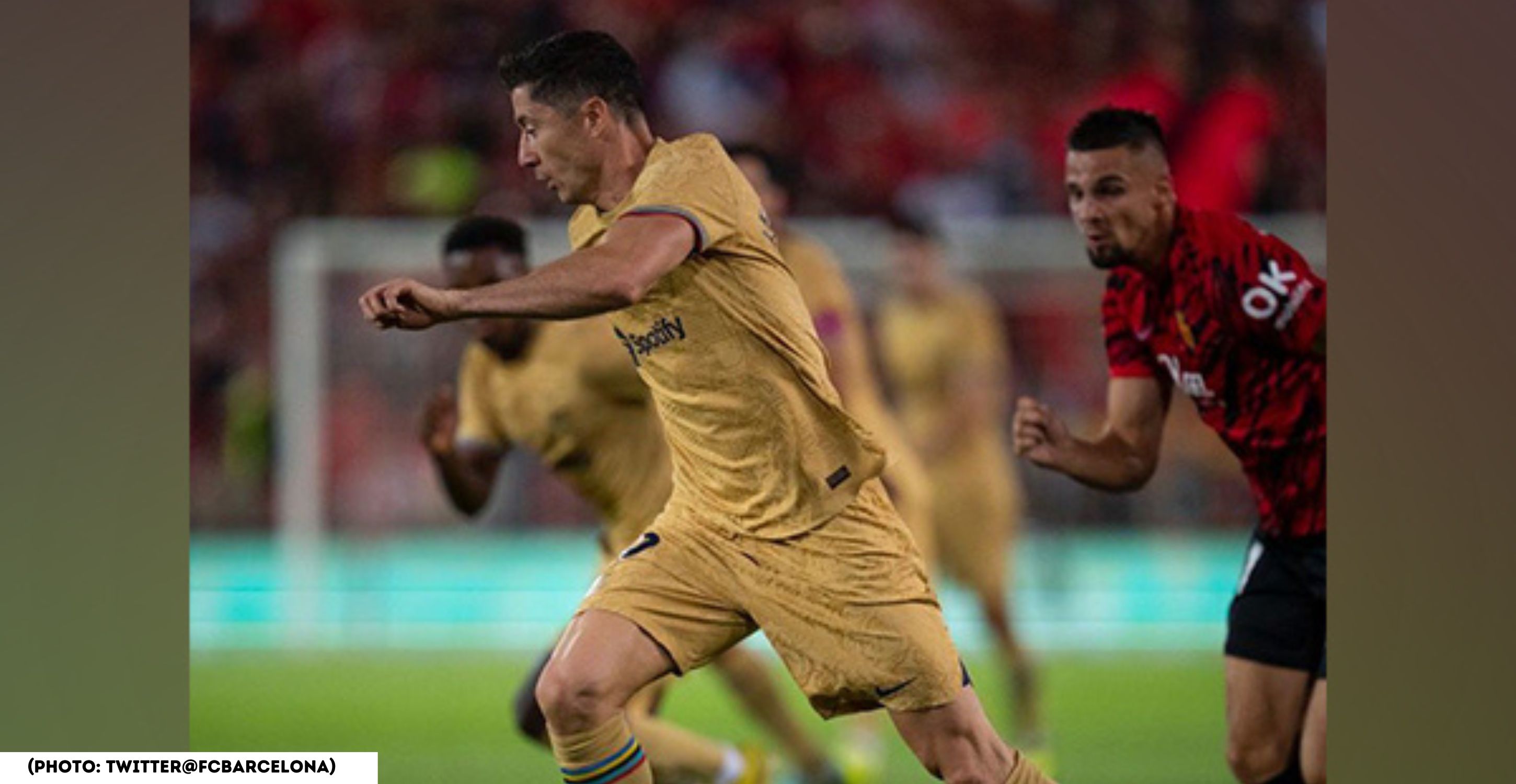 Robert Lewandowski's rich vein of form continued as he helped Spanish giants Barcelona climb to the top of the La Liga with his 20-minute goal which proved to be the final nail in the coffin for Mallorca.

Yet again, Lewandowski's brilliance was the difference between success and failure as Barcelona maintained their perfect start to the LaLiga season handing Mallorca a 1-0 defeat.

With his leadership and work ethic, the Polish striker has changed the culture at Barcelona, but it is his ability to score goals that has made a huge difference for Xavi Hernandez's team. The ideal example was his goal against Mallorca when he received a pass from Ansu Fati in the 20th minute, and the striker made something out of it.

Lewandowski's goal made him the quickest player to score nine goals in LaLiga in the 21st century doing so in only seven appearances. In just nine games, he has twelve goals in all competitions.

Lewandowski's flankers of choice are typically Raphinha and Ousmane Dembele, but Xavi gave Ansu his first league start of the year at Mallorca. Although the 19-year-old is still obviously getting used to being healthy again after a serious injury, his chemistry with Lewandowski is intriguing. The two have now combined for three goals in the league this season, more than any other duo, after assisting on the goal here in the first half.

Before the World Cup, Barca have a challenging stretch of 12 matches in LaLiga and the Champions League. The trip to Mallorca marked the beginning of this stretch. Jules Kounde and Ronald Araujo, two regulars in his back four, both sustained injuries over the course of the international break, and this week, summer signing Hector Bellerin was also added to the list of injured players.

In order to stop players like Romelu Lukaku and Vinicius Junior from scoring, Xavi must find solutions in defence with a doubleheader against Inter Milan in Europe and a trip to Real Madrid in LaLiga scheduled before October 16.

He made the unexpected choice to start left-back Alejandro Balde, who is only 18 years old, at right-back against Mallorca, which provided a first indication of what Xavi might be considering before the match on Tuesday in Milan. Both Jordi Alba and Gerard Pique returned to the lineup after losing their spots earlier this year.

When everything is said and done, Mallorca will draw a lot of positives from their slender loss to Barcelona, just as they did after losing to Madrid at the Santiago Bernabeu last month.

Javier Aguirre, who took over and kept them in the game on the final day of the previous season, has created a club that is tough to beat, especially at home. Barca, who has scored three goals or more in each of their last five league games, did not score as much as they would have liked if not for Lewandowski's stunning goal.

Mallorca went beyond just defence. They made their own opportunities, and if it weren't for Marc-Andre ter Stegen, they might have gotten a draw. The German goalkeeper improved his previous best record for the team by stopping shots from Jaume Costa and Antonio Sanchez to preserve the scoreless streak going above 500 minutes.