Harry-Hales partnership was wonderful to watch: Moeen Ali after England's win over Pakistan in first T20I

England stand-in skipper Moeen Ali said the partnership between a returning Alex Hales and youngster Harry Brook was enjoyable and the duo showed why they are held in such high. 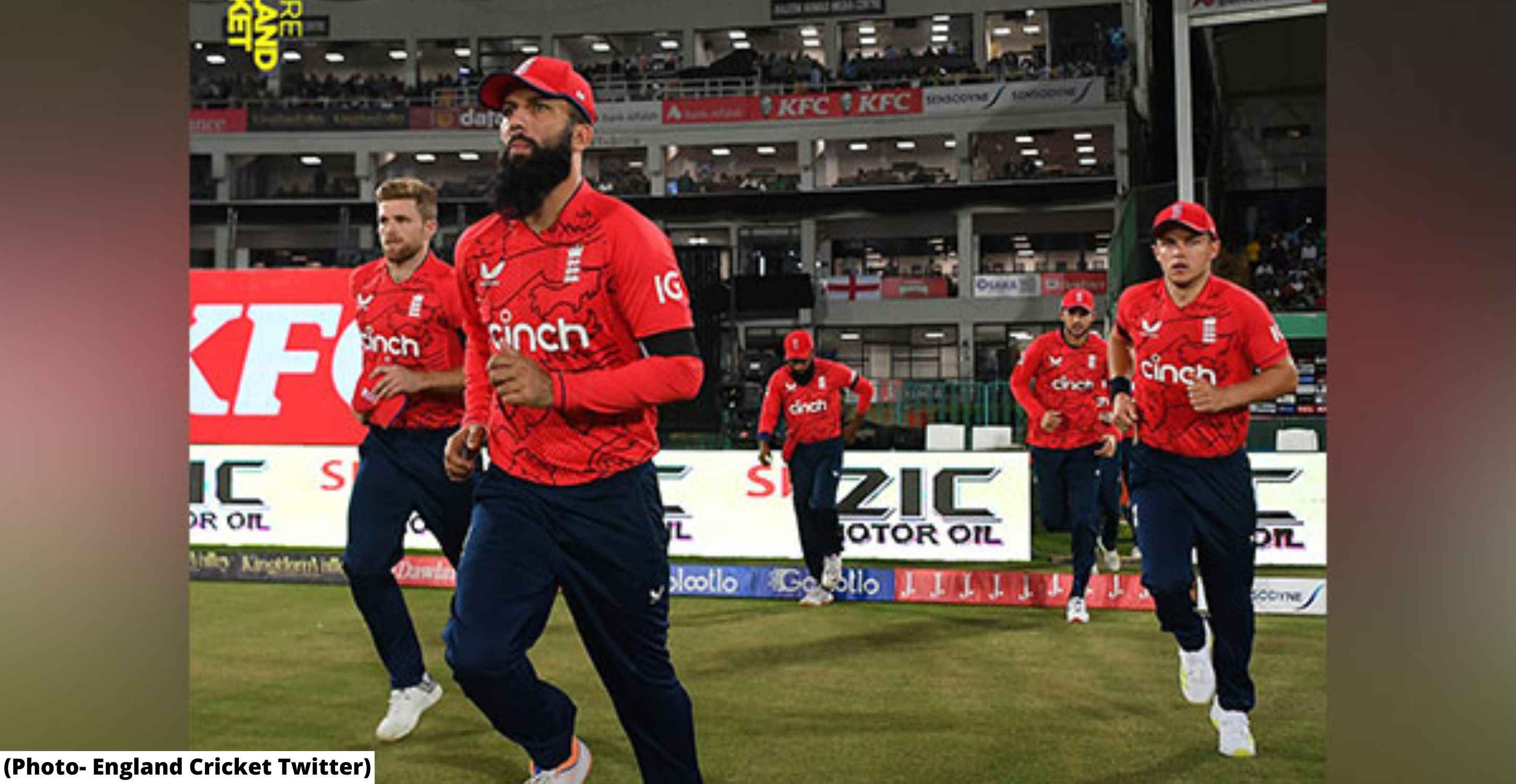 Following his side's six-wicket win over Pakistan in the first T20I at Karachi, England stand-in skipper Moeen Ali said the partnership between a returning Alex Hales and youngster Harry Brook was enjoyable and the duo showed why they are held in such high regard back home.

Debutant pacer Luke Wood and a returning Alex Hales starred in England's comfortable six-wicket win against Pakistan in the first T20I of seven-match series in Karachi on Wednesday.

"Brilliant performance, they got off to a great start, but we pulled things back in the middle overs, the bowlers were excellent. On a tough surface, I thought the batters did well. Rashid and Wood's debut was outstanding and was a good all-around performance from the bowling unit. We were smart with the chase, Alex Hales, batting after such a long time, he was nervous but showed why he's one of the best in the country. Brook showed why he's rated so highly back home, their partnership was wonderful to watch," said Ali in a post-match conference.

With this victory, England is 1-0 up in the series. In the first innings, Pakistan posted 158/7 in their 20 overs, with notable contributions coming from openers Mohammad Rizwan (68) and skipper Babar Azam (31). The rest of the Pakistan batters could not capitalize on the momentum provided by the openers, who put on a stand of 85 runs. Only Iftikhar Ahmed (28) could offer some resistance to tight bowling from England and the hosts had to settle for a moderate total.

Luke Wood (3/24) impressed in his debut, not allowing the hosts to form big partnerships after the powerplay. Adil Rashid (2/27) also delivered with his spin.

Chasing 159, Alex Hales (53) and youngster Harry Brook (42*) played great knocks to take England across the finishing line and winning the game by six wickets. The duo stitched a 55-run stand after England was left at 87/3. Dawid Malan (20) and Ben Duckett (21) also delivered vital contributions. England finished at 160/4 in 19.2 overs.

Spinner Usman Qadir (2/36) was the leading bowler for Pakistan. Pacers Haris Rauf and Shahnawaz Dahani also took a wicket each.

Luke Wood was adjudged as 'Man of the Match for his brilliant spell.

The second T20I of the series will take place on September 22. (ANI)