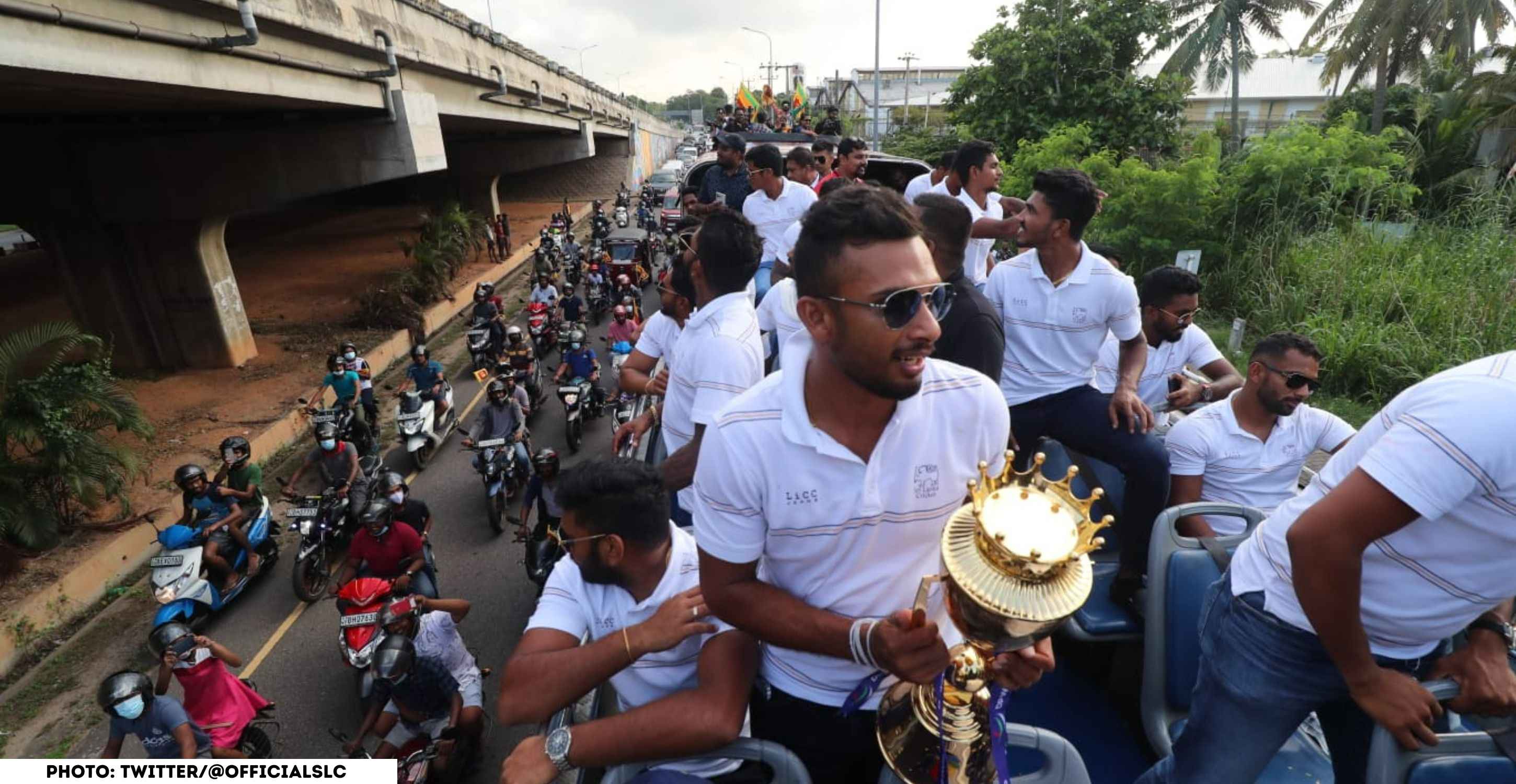 “Niyamai Sri Lanka” (well done Sri Lanka): This is what commentator cum cricket analyst Aakash Chopra had to say when the Lankan lions won the Asia Cup title for the 6th time.
It's not wrong to say, ''Actions speak louder than words''. We have heard this quote many times from a lot of people that the best way to prove yourself is through performing well.
This is what the Lankan lions have shown to the whole world: they can still roar in front of any world-class team, giving a confident answer to all the questions raised about their team selection, management, and players before the Asia Cup competition.
This is the same team that was considered significantly weak and inexperienced by many, right before the competition got underway. Now, they have replied by lifting the Asia cup title for the 6th time on Sunday, 11th September against Pakistan.
Let's take a look at what cricket expert Aakash Chopra had to say about the match between Sri Lanka and Pakistan in his latest video for SportsBuzz.
“The Pakistan team made two changes in their playing 11 for the Asia Cup final and the Lankan lions played with the same squad for this game. The toss was considered very important for this game, especially for the final games where either team wants to chase in such a big event.”
“ The Sri Lankan lions were 56 for five at one stage when the player of the match Bhanuka Rajapaksa came to the crease and changed the match with his powerful hitting all over the ground in front of Pakistan’s fast bowling lineup.”
The match started with opener Kusal Mendis getting out on duck for the second consecutive time in front of Pakistan’s bowling. After Mendis’ golden duck, Pathum Nissanka was unable to handle the pressure of the run rate and tried to counter-attack the Pakistan bowling by going with big shots but got caught on the long-on boundary. At that point, everybody thought that the game was going in the hands of Pakistan with the falling of 2 wickets. But the Sri Lankan team had a trick up their sleeve. They promoted power hitter Bhanuka Rajpaksa up the order when the team was 58 for 5. Although most believed that the game was over for Sri Lanka, Bhanuka stayed at the crease and did the power hitting.”
“ Being a striker, he is aware of when and how to attack bowlers, but in this game, we saw a different Bhanuka Rajapaksa who was playing cautiously to keep the game alive until the final over. Even though he eventually received support from Hasranga and Chamika Karunratne, Rajpaksa's innings was still amazing under the circumstances.”
Akash Chopra also went on to say that this innings of Bhanuka Rajapaksa will be remembered for a long time as it was special in front of Pakistan's fast bowling. From being 58 for 5 to 170 was just an astounding innings for sure.
The innings played by Wanindu Hasranga gave support to Rajapaksa to stay at the crease till the last over. The mighty all-rounder from Sri Lanka was hitting all over the ground.
It was however a good night for fast bowler Haris Rauf who had broken the backbone of Sri Lanka by taking 3 wickets with an economy of 7.2 in 4 over spells.